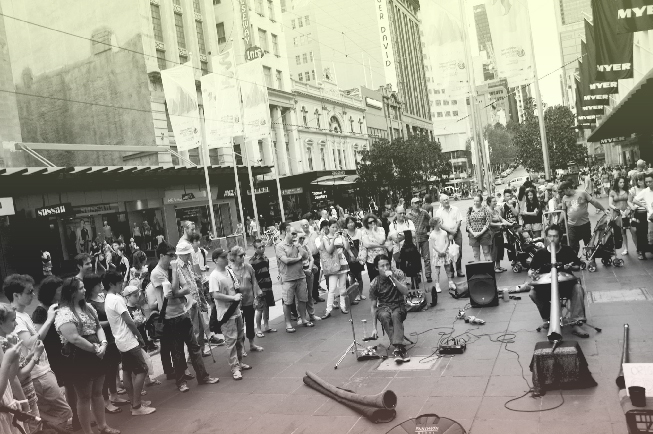 Since forming Matsumoto Zoku have performed in 14 different countries, covering 41 cities.
Highlights include playing the OZORA FESTIVAL for the last 3 years, headlining on the Dragon Nest Stage in 2014, touring Europe 3 times, Russia twice and Japan twice. In 2016 they opened the OZORA TOKYO FESTIVAL.

Matsumoto Zoku merge urban vocal beats with the soft sounds of the Hand Pan and Didgeridoo creating a playful, serene yet vibrant sound. Their intuitive and unique music is inspired by their extensive travels busking internationally, resulting in an original and emotive style and groove. Their music crosses over many genres including HipHop, Rock, TripHop, Dance, Psy, Dn'B, Chill Out and Meditative. Their music finds harmony where the urban and the natural meet.

2009 April
On a hot day on a rooftop in Varanasi India, Koji and Reo met for the first time.
Then they began jamming together. After, they realized they wanted to make music together in the near future. At the moment they continue to tavel to refine their personal skills. Koji went to Australia and Europe and Reo went to Japan and NewYork.

2012 June
Then came the crisis in Amsterdam, Holland 2012. Koji and Reo met again after waiting since 2009 to make music together‐3years later!
They started busking on the streets of Amsterdam, but only earned 3 euro because of the speaker Reo bought in Thailand. Thai brand doesn’t work well. It seems funny now. The Matsumoto Zoku story continues…